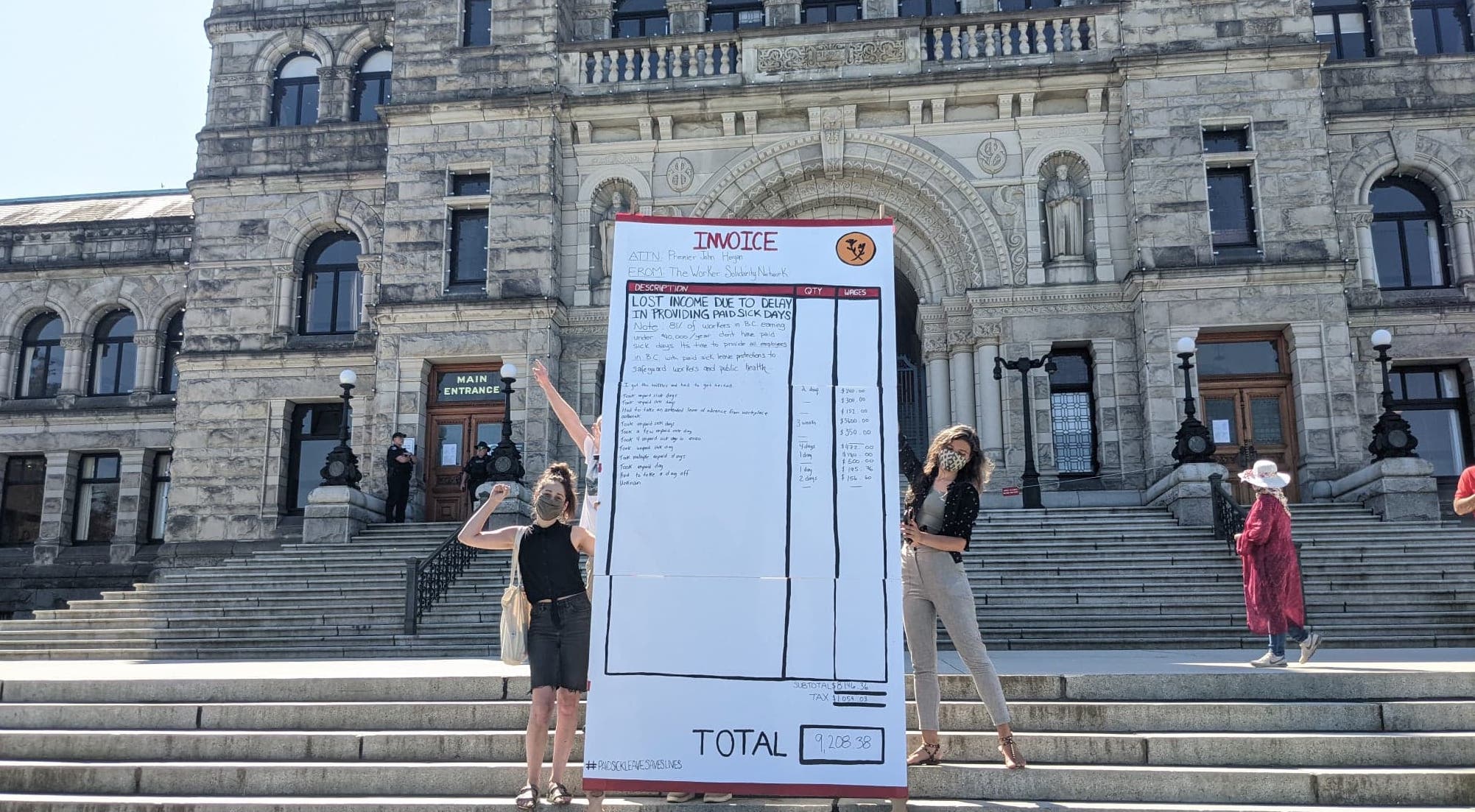 VICTORIA, B.C. – Tuesday at noon, on the same day as the Provincial budget announcement, members of The Worker Solidarity Network (WSN) will be delivering a giant satirical ‘invoice’ to the doorstep of the B.C. Legislature Building. The invoice lists totals that were submitted directly from workers in B.C. to the WSN for income they couldn’t afford to sacrifice but had to when taking a necessary and unpaid sick day.

Currently in B.C. 81% of workers earning under $40,000 per year are without paid sick days, and WSN finds that the federal sickness benefit falls short of providing adequate protection. The WSN has now received over 1,000 signatures on their petition demanding that paid sick days should be considered a given right under the BC Employment Standards Act.

“Too many workers in B.C. have been forced to sacrifice their economic security to care for their health, meanwhile protections that our leadership should provide are PAST DUE. We need our government to rise to the challenge and protect workers with adequate, seamlessly accessible, and permanent paid sick leave!” said Pamela Charron, an organizer with the WSN.