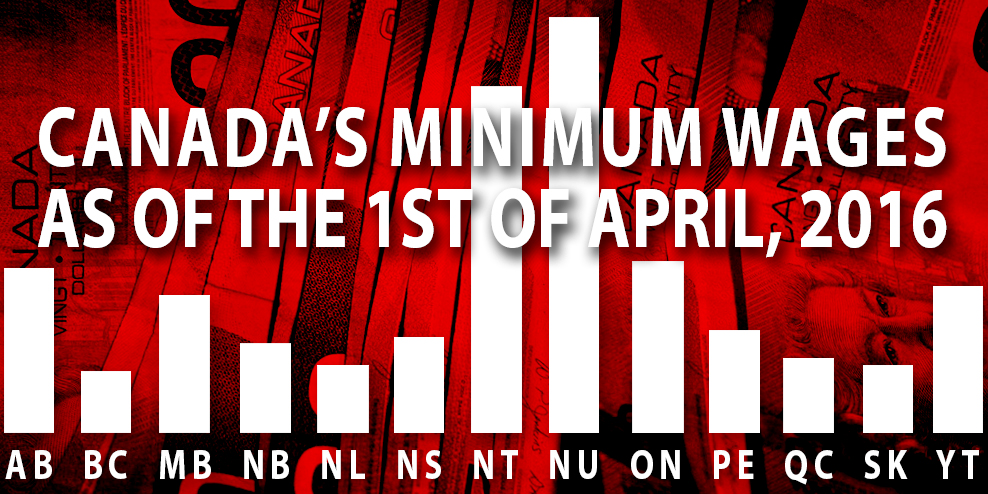 Niloo Farahzadeh, a worker in the hospitality industry says, “When you work part-time in retail or hospitality, there’s a constant risk of getting your hours cut and not making enough money to survive. Even when you work full-time in this industry, you’re overworked, undervalued, and are still barely making enough to pay rent and catch up on bills.”

A statement released by the provincial government last week states that the minimum wage in BC is currently under review with an anticipated increase coming into effect September 15, 2016.

This means that minimum wage earners will pend the next 5 months earning the lowest legally allowed wages in Canada. While the BC Liberal Party suggests that they are looking for balance in minimum wage policies, workers struggling to survive believe that this balance is never in their favour.

Hilary Marks, a 57 year old retail worker, is not impressed, “Raising the minimum wage by nickles at a time isn’t going to help children, families, and workers that are trying to survive on these poverty wages.”

Eric Nordal, a bartender and an organizer with the Retail Action Network, says that this news comes as a wake-up call to workers across the province, “Working people in BC already struggle in a place where we have one of the least affordable housing markets; where 1 out of 5 children continue to live in poverty; and where minimum wage working parents are below the national poverty line. We are living in a province where there is a complete disregard for low wage workers. We are getting backed into a corner, and are beginning to demand some serious changes.”