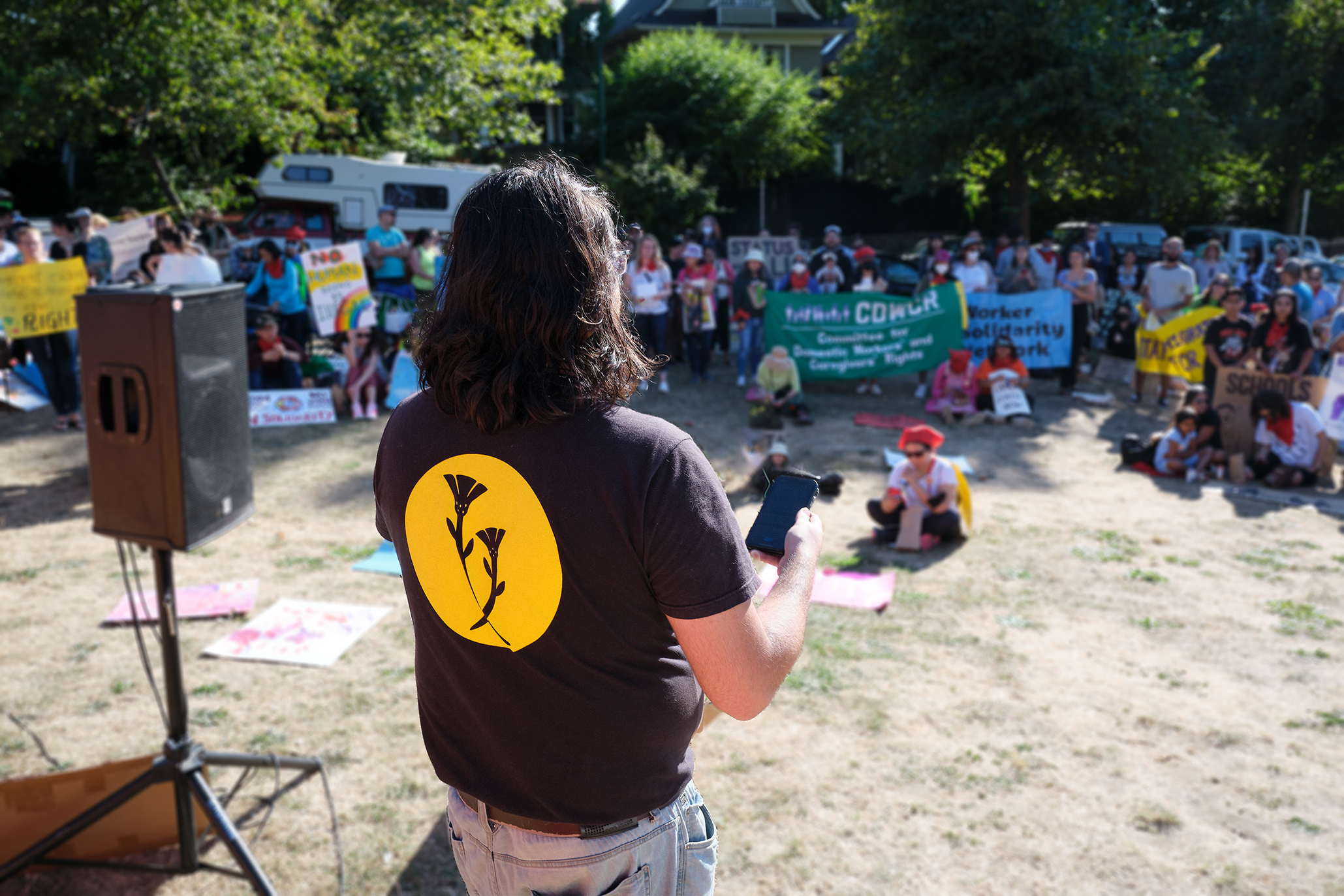 Sign this petition to add your voice in support with countless of workers calling for these demands; and to ensure the provincial government upholds its recommendations to increase funding to the ESB.

On April 13, 2022, the BC Employment Standards Coalition released its Justice Denied: The Systematic Failure to Enforce BC Employment Standards report. This report exposed the failures of the ESB to effectively and efficiently enforce the Employment Standards Act. Because of this failure, thousands of BC workers are being denied their rights under the law. The report found that over 80% of workers in the private sector have no employment rights relating to wages, benefits, and other basic working conditions.

As workers, we’ve faced excessive wait times trying to obtain justice – from six months up to three years in some cases. We’ve faced barriers in trying to receive justice, from suppression of complaints to employer bias in branch practice and procedures, to procedural unfairness in complaint investigation and adjudication.

How is this affecting workers?

The failures of the ESB are having immense ramifications on our lives. The Justice Denied report reveals how there are workers who have waited for years and are yet to hear back, or are yet to be paid thousands of dollars in missing wages. There are workers who have lost their housing and were unable to secure new housing, there are workers who have been pressured by officers to not pursue their rightful complaints. None of these cases are unique, any worker may face wage theft, and fail to receive timely justice. Any worker may be fired without cause, and fail to receive the wages they are legally entitled to. The examples contained in the report only scratch the surface of human and labour rights violations in BC.

These failures are rooted in the inadequacy of Branch budgets and staff resources to provide effective enforcement of the Act. By turning a blind eye and failing to put in place an accessible and effective justice system that can adequately address wage theft, workers’ rights violations, discrimination and exploitative processes, our government becomes complicit in this grave violation of our human and our labour rights.

What actions are happening now?

In August 2022, the provincial government recognized these failures. In its Report on the Budget 2023 Consultation, the province’s Select Standing Committee on Finance and Government Services made a call for additional funding for the ESB for the hiring and training of staff to shorten wait times and increase proactive investigation. In addition, to prevent employers from misclassifying workers to skirt the ESA, the same report called for amending legislation to ensure workers in the gig economy are properly classified as employees rather than independent contractors and covered by the ESA, with targeted funding provided to the ESB for compliance.

But now, we need to ensure the government adheres to its own report. Add your name to the petition below and tell the government that as workers, we deserve timely justice. We should not be waiting for six months up to years to receive wages owed. We should not be facing homelessness due to failings of the branch. We know, as workers, that justice delayed is justice denied.

Let’s ensure the BC provincial government upholds its commitment to increasing funding to the Employment Standards Branch (ESB) in the upcoming 2023 provincial budget.

Add your voice in support with countless of workers calling for these demands; and to ensure the provincial government upholds its recommendations to increase funding to the ESB.