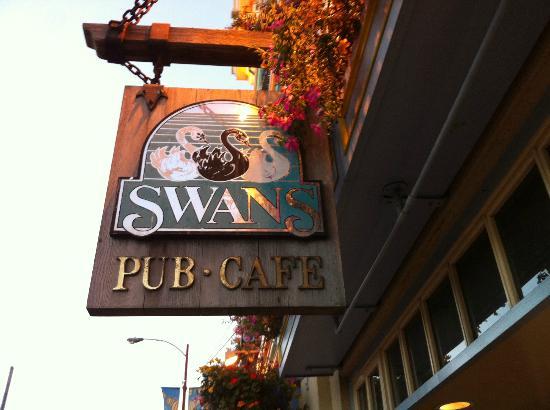 K.J. reached out to the Retail Action Network shortly after an incident that occurred at Swans Brewpub. K.J. let us know that she had been intimidated and bullied by a couple of the managers; we decided to help her out.

Help K.J. get an apology from the Swans Brewpub management, and to introduce policy against harassment and intimidation. Swans is owned by the University of Victoria.

Please read the details here, as written by K.J.:

My name is K.J. and I am a server at Swans Brewpub. I have been an employee at this restaurant since January 2016. I am writing you this letter as a formal complaint towards Mike Boyle, general manager, and Jason McMillan, food and beverage director, both of whom have deliberately humiliated and intimidated me in the workplace.

The incident of Mike and Jason bullying me happened on the afternoon of Wednesday June 8th, 2016. I was serving a promotional function and the gratuity was waived from the bill. In private, away from any customers, I asked Jason if I was being paid the liquor server minimum wage of $9.20/hour, since I wouldn’t be getting any tips during that whole shift. Mike joined the conversation and they plainly told me that my wage is fixed at $9.20/hour.

That conversation left me feeling upset and unsatisfied because the restaurant was waiving gratuity from the only party that I would be serving that day and paying me below poverty wages, without leaving room for negotiation. Swans has an “open door policy”, which was clearly stated in the forms that I signed when I began my employment. With this in mind, I exercised my right as a Swans employee to seek out support from Pam from Human Resources that same day. This is what upset Mike and prompted him to intimidate me with Jason.

About an hour after I spoke with Pam, Jason called myself and two other servers, who had no relation to the function, into the staff quarters for a meeting. Jason stood by Mike’s side silently as Mike tried to make an example of me in front of my colleagues. Mike used very inappropriate and violent language from the beginning of the meeting and said these exact words:

I was shocked by his unprofessional and violent choice of words. Mike proceeded with a more classist approach by giving us each a print out of the Swans Brewpub and Hotel Organizational Chart and said:

I felt as though Mike was trying to demean me and all servers and employees “under” him. Mike made it very clear that he was upset with me. He looked at me intensely and articulated,

“I’ll have you know that this is my most angry-calm voice you will see me use.”

I felt as though he was yelling at me without the volume. He then said that it is disrespectful to go down a level on the organization chart and talk to HR after already talking with him about wages and tips. He told me to not go to HR after talking to him. This statement is completely dismissive of Swans “open door policy”. It implies that he is immune from any questioning or policy, and that HR is his subordinate. I found this very upsetting and felt that I was no longer safe at work, and that there was no space to seek support within management.

Mike ended the meeting with threats to suspend and/or terminate any employee who is caught talking about tips. Jason dismissed us back to work, and never showed any support or acknowledgment of the misconduct that he witnessed from Mike’s outburst.

I would have never expected to be spoken to in such a disrespectful manner, especially knowing that the University of Victoria owns Swans. I thought that the University of Victoria would have chosen management with more tact to lead its businesses, and that this type of conduct would not be tolerated in by an institution with such a positive reputation as an employer.

The events that took place on June 8th have filled me with anxiety and have made going to work very emotionally difficult. I don’t feel safe confiding in HR or any other managers, with the fear of being bullied and disciplined for exercising my rights. I feel that Mike’s reaction and Jason’s inaction clearly don’t follow employment standards and are examples of workplace bullying and harassment. I could not believe that I was being disciplined for talking to HR, as they are supposed to be a safe resource to which employees can reach out without fear of intimidation.

Please take this letter as a sincere call to action against workplace bullying and injustice.