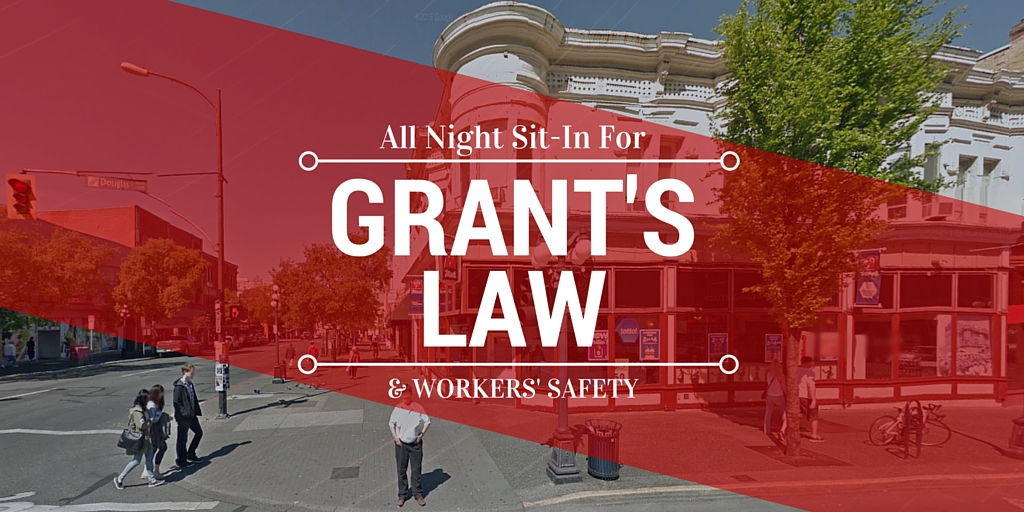 Grant DePatie was killed on March 8, 2005, due to a gas and dash incident when he was working alone as an gas station attendant. This tragedy shone light on the fact that workers alone in their workplace face greater risks of experiencing violence. For two years after his violent death, Grant’s father and grandfather campaigned with their unions and the B.C. Federation of Labour to get new WorkSafeBC regulations adopted. In 2007, bowing to pressure, the provincial government implemented what became known as Grant’s Law. This new set of WorkSafeBC regulations were put into place to protect the worker by adding safeguards against violence – employers had to provide either a barrier between clerks and customers or a team of two or more workers for night work.

However in April 2012, facing lobbying pressure from companies like Mac’s Convenience Store, the BC Liberal government weakened the legislation and reversed worker protections. The regulations were changed to focus on the safety of the products being sold rather than the worker. Security cameras and panic buttons are now mandatory but they do nothing to protect workers who are alone at night.

Each year we return to Mac’s to fight for these protections to be brought back and to ensure that similar tragedies like Grant DePatie do not occur again. Please join us on Saturday, April 16 at 8PM to 6AM at the MAC’s on Yates and Douglas in Victoria to fight for the rights and protection of night shift workers.

Get in touch with the organisers on the events Facebook page: here! — RK