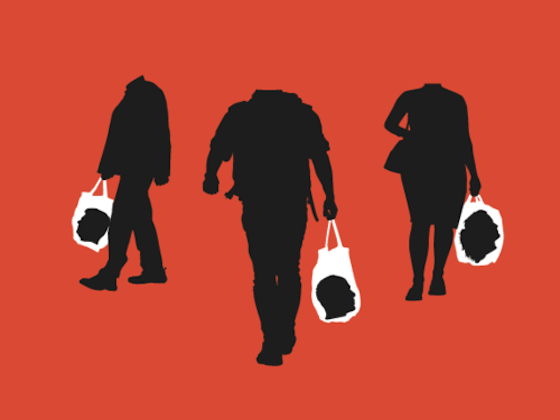 Buy Nothing Day and Worker Solidarity

November 25th, 2016 is an international day of protest against consumerism known as “Buy Nothing Day”. The event was first celebrated in 1992, and was popularized by Vancouver-based artist Ted Dave. Since then, it has grown to include celebrations and protests in more than 65 nations.

Buy Nothing Day deliberately coincides with “Black Friday”, a notorious day of sales which began in the United States but now occurs in other places as well. Since 2005, Black Friday has routinely been the busiest shopping day of the year, with billions of dollars spent annually in the United States alone. In addition to this excess, seven people have been killed in Black Friday incidents since 2006, including several deaths by trampling as customers rushed into stores. Nearly a hundred others have been injured.

Before I go on, I’d like to preface this piece by stating that it is a class privilege to be able to purchase gifts and other goods at full price. Critics of Black Friday sales tend to mock shoppers as vapid, greedy, and stupid, buying meaningless things for no good reason. I don’t want to do that, because the unfortunate truth is that many low-income people would not be able to afford items like clothing, electronics or gifts for their children at any other time of year. Overconsumption – and consumption of unethically produced and sold goods – is a systemic problem, and not one that we can blame on individuals.

Buy Nothing Day is a time to reflect on our own buying habits, and hopefully reduce our environmental impact by refraining from making any purchases. But it is also a time to stand in solidarity with people who are directly affected by Black Friday sales, the culture of consumption, and capitalism more generally – the workers.

From farmers who pick cotton in the Middle East for fast-fashion giants like Zara and Forever 21, to workers in garment factories in Asia and Latin America, to retail employees close to home, the capitalist system consistently exploits the many for the benefit of the few. In British Columbia, many retail workers earn minimum wage – $10.85 per hour – which is barely half of Victoria’s calculated living wage of $20.03/hour. They also face unfair and unpredictable scheduling practices, struggle to work sufficient hours, and typically lack access to basic health benefits and sick pay. These precarious circumstances make retail workers vulnerable to other kinds of exploitation, especially workplace bullying, discrimination, and sexual harassment. Often, it is these marginalized workers who are forced to buy the cheap goods which are unethically produced in poor conditions in other parts of the world and sold in Canada by their underpaid, overworked colleagues in the retail sector.

We are all connected and affected by capitalism. That’s why Buy Nothing Day presents an important opportunity to promote and engage in acts of worker solidarity. Just as we can’t blame individuals for taking advantage of Black Friday sales, we also can’t overcome the systems that oppress us alone. This Buy Nothing Day, the Retail Action Network hopes that you will join us for one of these actions. We will be offering a free public workshop called “Class Action: Your Rights at Work” on Friday, November 25 from 2 to 3.30 PM. This participatory workshop is designed to help people learn about their legal rights, empower workers to take steps to enforce them, and build community, compassion, and solidarity among workers, activists, and others.

All are welcome. Join us! Coffee and snacks will be provided for the revolution.