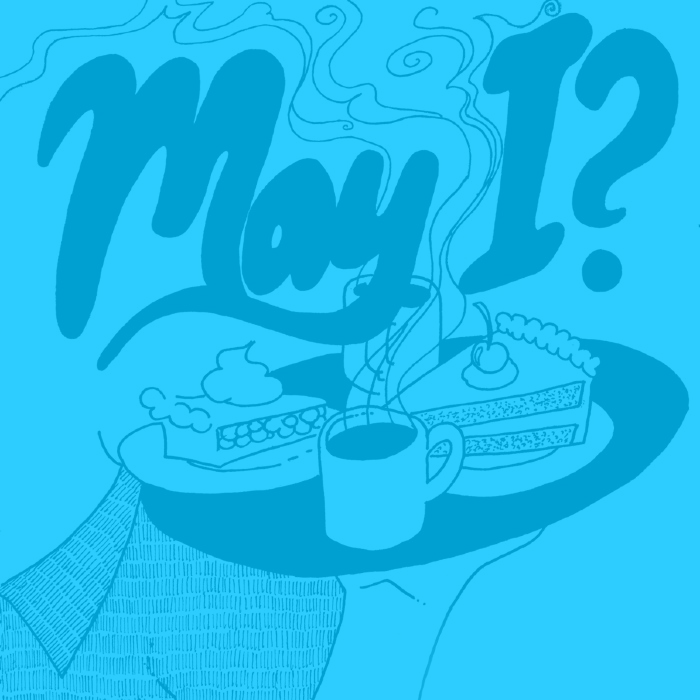 Starting in 2017, a group of service industry workers, frontline sexualized violence educators, and workers rights advocates began meeting with a common goal of addressing and preventing sexualized violence in the restaurant and bar industry. Since then,‘May I?’ has supported conversations with and among workers about the root causes of violence, strategies for navigating challenging (yet common) situations in the industry and support among coworkers.

Over the years, the project has been supported by the Anti-Violence Project, the Worker Solidarity Network (formerly known as Retail Action Network), and the Victoria Sexual Assault Centre. In 2018 and 2019, the project ran focus groups with industry workers and used the concerns and ideas from those conversations to create a workshop that sought to build skills and share information. Realizing the limitations of the project’s capacity, and the need for more accessible modes of spreading information about workers rights, and support for survivors, May I? participants shifted their focus to building a free zine!

Sexualized Violence in the Industry

Sexualized violence in the workplace is a pervasive issue throughout our communities; in Canada, it is estimated that 31% of employees in federal workplaces experience sexual harassment. Research from Statistics Canada also tells us that of women who face sexual harassment at work, 56% reported being harassed by clients and customers, making this group the most likely source of sexual harassment in employment, above supervisors and co-workers. This is especially relevant to the service industry given how central interactions with customers are to the work.

Though Canadian statistics have not deeply interrogated the explicit intersection between sexualized violence and the service industry, in the US between the years 1995-2016, there were more sexual harassment claims made by restaurant workers than any other industry. A report on sexual harassment in the US restaurant industry found that 47% of men, 50% of women, and 60% of transgender workers had faced ‘scary’ or ‘unwanted’ sexual behaviour at work. And, 22% of men, 30% of women and 40% of transgender workers said that being inappropriatly touched was common in the industry. While statistics can never tell a complete story, and often leave out many experiences, they can be an effective tool in illustrating how power imbalances are ingrained into the service industry as a place of work.

As of 2015, 82% of food and beverage servers in B.C. are women, while men are more likely to occupy higher paying roles and positions with greater occupational power, such as managers who have the ability to hire and fire. Moreover, in 2011, at 26.1% sales and service was the most frequently reported occupation for women of colour. These power dynamics contribute to a culture of normalization and silence regarding sexualized violence in the workplace, and limit the capacity for workers to feel safe enough to address issues or seek support. This violence is compounded for folks who exist at the intersections of different identities experiencing oppression.

While statistics and reports can help us to grasp the scale of an issue they also can fall short in highlighting the ways that wherever there is violence present there is also resistance. Over the past 4 months, on Lekwungen territories, we’ve seen advocacy instagram accounts created, solidarity rallies organized, and increased attention given to the issue of sexualized violence by the media and the City of Victoria municipal government. This has all been due to the work of survivors in response to recent violence within various industries including the restaurant and bar industry.

Sexual harassment, the law, and your rights

In 1989, in the landmark Supreme Court of Canada decision Janzen v. Platy, sexual harassment became defined as a form of sex discrimination that violates provincial and federal human rights laws as a type of sex discrimination. The Court broadly defined sexual harassment as “unwelcome conduct of a sexual nature that detrimentally affects the work environment or leads to adverse job-related consequences for the victims of harassment.” The Janzen decision started from two complaints made by waitresses who were harassed by a cook. In fact, many leading cases that broke new ground in the area of sexual harassment and discrimination law were started by workers in the restaurant industry.

In B.C., under the B.C. Human Rights Code, sexual harassment is a prohibited form of sex discrimination. Employers are responsible for creating a harassment-free workplace and can be held legally liable for the sexually harassing behaviour of supervisors, coworkers, and potentially even customers. The Human Rights Code also protects people who file human rights complaints from being retaliated against for doing so (for example, if your employer tries to punish you for making a complaint). Gender based and sexualized dress codes may also be a type of discrimination under the B.C. Human Rights Code.

In addition to human rights protections concerning sexual harassment, employers in B.C. have an obligation under the Workers Compensation Act to ensure and protect the health and safety of employees. In 2013, WorkSafe BC introduced specific Occupational Health and Safety policies on workplace bullying and harassment to protect workers from behaviour that humiliates or intimidates. With these policies, employers must have a bullying and harassment policy in place, as well as procedures for reporting incidents.

To all the workers that have faced sexual harassment or violence in the workplace by a coworker, manager, or customer, we hear you and we believe you! For support and referrals contact the Anti-Violence Project or for more information about your rights in the workplace please reach out to the Worker Solidarity Network.

Designed as a tool for education, reflection and resource sharing, the May I? zine is available for download here (pdf will open in a separate tab). Feel free to share this zine far and wide, print copies for yourself and your friends/co-workers or if you would like us to print and mail you copies please fill out this form: https://forms.gle/1RV5j2zRqKWj5xjg8